Shoto Todoroki is astonished and surprised at the great level of strength Mirio Togata displayed fighting Class 1-A. Shota Aizawa asks Shoto if he is going to join in, and Shoto replies that he hasn't obtained a Provisional Hero License and feels that he doesn't have the right to engage Mirio in combat. Having dealt with the long-range combatants, Mirio turns his attention to the close ranged combatants of Class 1-A. Eijiro is shocked that Mirio has a Quirk that can make him invincible, but Izuku thinks that there must be a trick behind his Quirk. Izuku tells the class that he analyzed that, whatever Mirio does, he will use a direct attack and during that moment they should counter-attack. Eijiro thanks him for the tip since it might work.

Mirio charges and he begins submerging into the ground. Suddenly, Mirio appears behind Izuku, to which Izuku stops his advance with a One For All Full Cowl enhanced kick which Mirio phases through. Mirio is surprised that Izuku predicted that he would appear behind him. Mirio continues phasing through and begins to poke Izuku's eye, to which Izuku closes his eyes. In actuality, Mirio fakes poking Izuku's eye by phasing his finger to act as a diversion, instead, Mirio hits Izuku in the stomach. Mirio comments that everyone counters him that way so he naturally trained to counter back. Tenya calls out to Izuku, but before he can do anything Mirio appears behind Tenya and hits him in the stomach Within a few moments, Mirio hits the rest of Class 1-A in their stomachs as well, defeating them.

As Class 1-A recovers, Mirio asks if his Quirk was too strong, which some of Class 1-A agree with, annoyed that they couldn't do anything. Mirio explains that he has one Quirk called "Permeation" and his "teleportation" is an application of his Quirk. Mirio further explains that his Permeation allows him to pass through anything, including the ground. Whenever he passes through and falls into the ground, Mirio can deactivate his Quirk which causes a mysterious phenomenon to occur. If he deactivates his Permeation while in the ground, Mirio gets shot out of the ground in an instant which is the phenomenon behind his "teleportation" and by adjusting the pose and direction of his body, he can control the angle and target where he is shot out to. Mina summarizes Mirio's teleportation as a video game glitch.

Tsuyu comments that Mirio's Quirk is very strong, to which Mirio replies that he made it strong. Mirio explains that his Permeation has drawbacks. When he activates his Quirk, no oxygen comes into his lungs since the oxygen would pass through him even if he inhaled. His eardrums do not vibrate and his retinas catch no light. Since everything passes through him, he becomes unable to feel anything, but since he has mass the only thing he feels is the sensation of falling. Mirio states that the simple usage of his Permeation requires a set of operations to be used. Mirio says that the reason he is able to use his Quirk easily is by predicting since it tricks time and allows him to be faster than his surroundings. The reason he is able to make predictions is through experience.

Mirio states that the reason he wanted to fight Class 1-A is to show the experience he gained from the Hero Internships. Mirio was able to transform his Quirk and reach the top. Class 1-A start seeing that Hero Internships are different from the Field Training they went through. Izuku is surprised that despite Mirio's Quirk having big drawbacks, he was able to overcome them with perseverance and hard work. After Class 1-A thank Mirio, the Big Three walk back to their class. While walking, Hado is impressed that Mirio did not injure Class 1-A with his strength and she asks if there was anyone interesting. Mirio comments that Izuku caught his eye due to him analyzing and predicting his first move and responding accordingly.

Somewhere, a man is sitting at a computer. Suddenly, someone shows up to tell the man about the perpetrator's movements. The man asks the person to give the report. The person states that the leader of the villain organization under their investigation, Overhaul, has made contact with the League of Villains.

Overhaul and Tomura Shigaraki meet face to face due to Twice bringing Overhaul to him. Tomura is pleased with Twice for bringing in Overhaul.

Characters In Order of Appearance 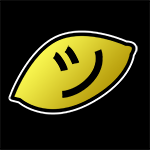 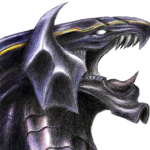 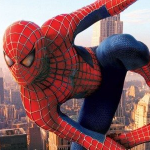 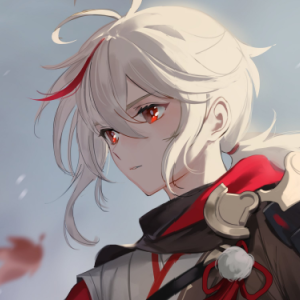 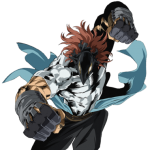 Categories
Other Languages:
*Disclosure: Some of the links above are affiliate links, meaning, at no additional cost to you, Fandom will earn a commission if you click through and make a purchase. Community content is available under CC-BY-SA unless otherwise noted.