My Hero Academia Wiki
ALL POSTS 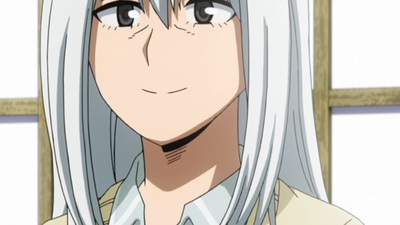 What would rei, natsuo, touya and fuyumi’s names be if they became heroes? 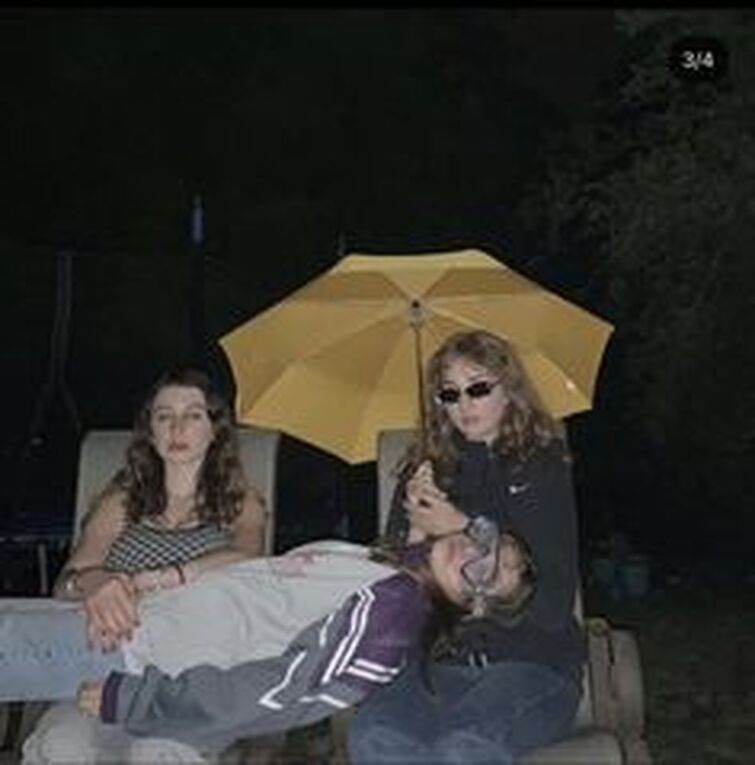 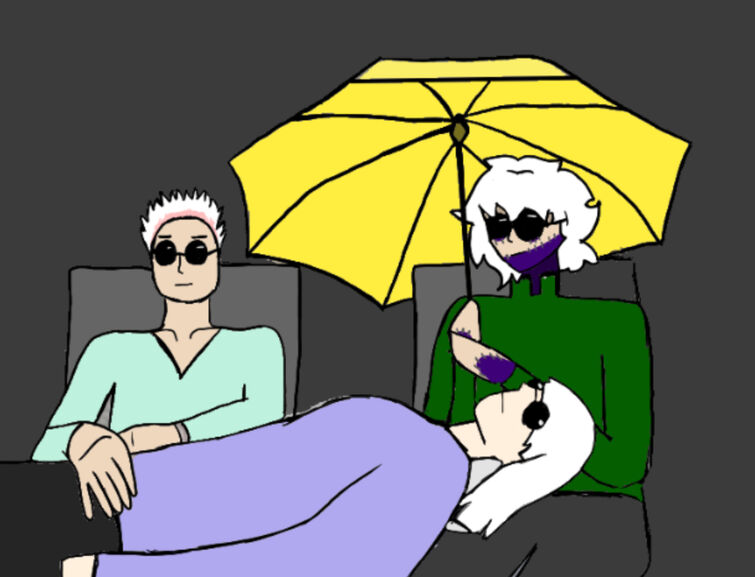 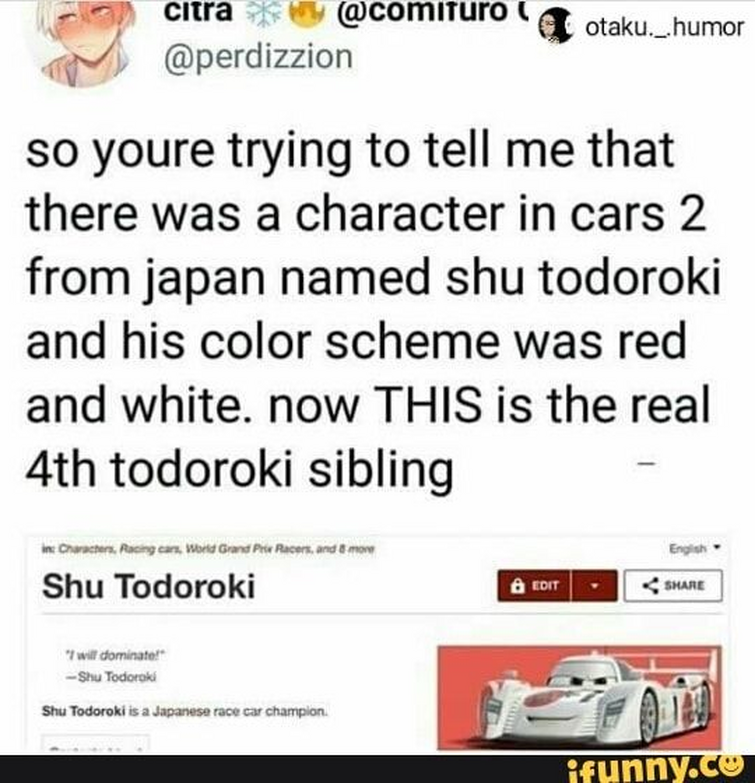 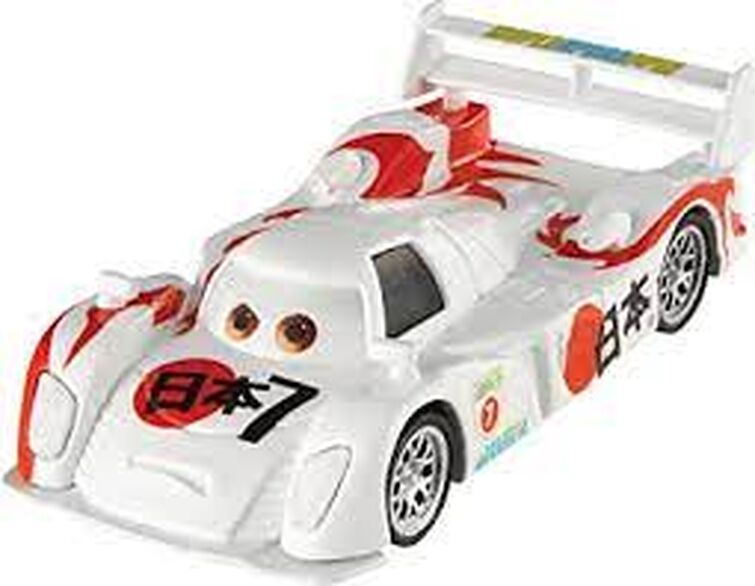 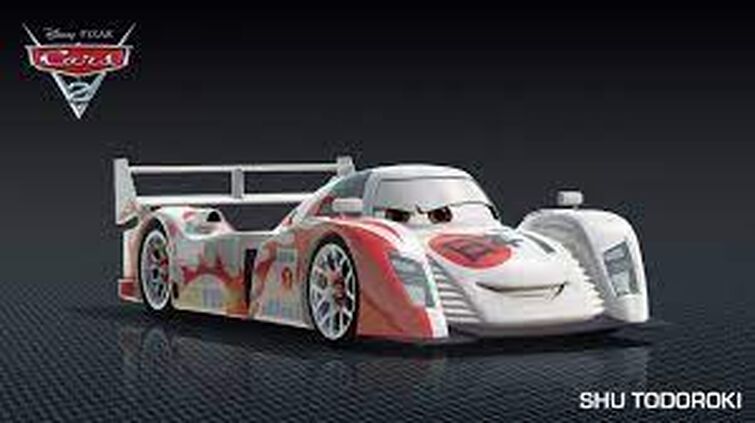 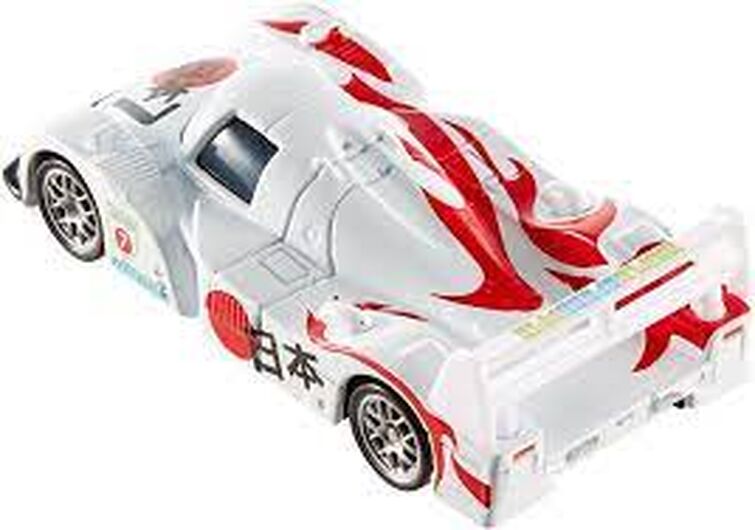 MY DUDE LITERALLY GOT FLAME STRIPS 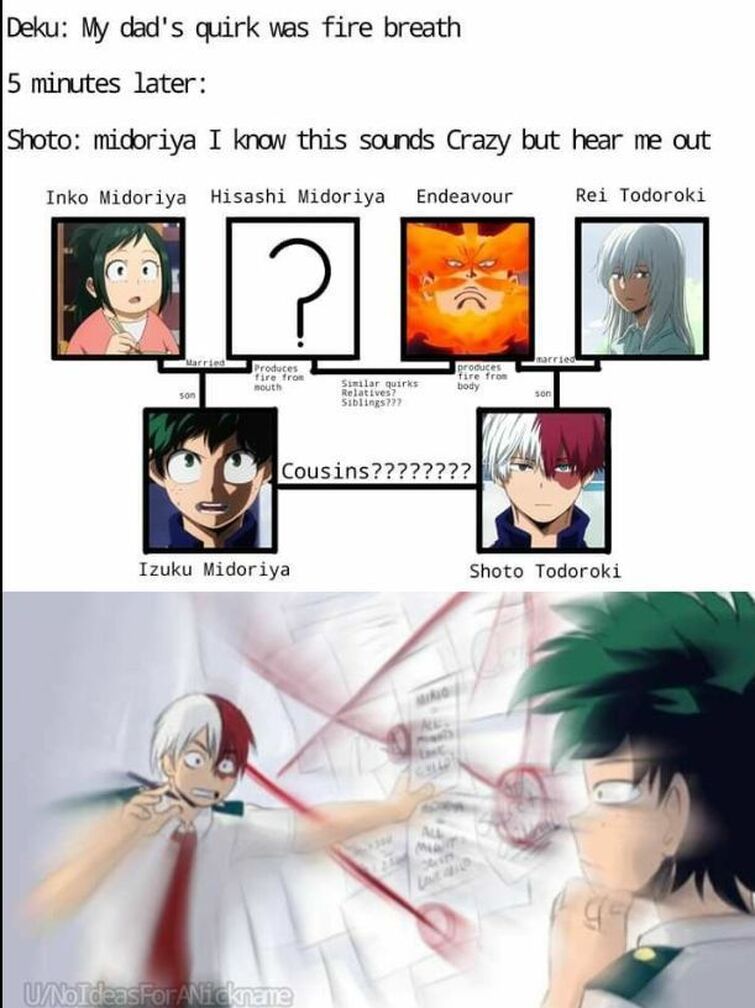 Make sure to put “The Todoroki” in front of it

My way or the high way—

I was once online and was having a long talk with someone, telling each other our trauma and stuff and they said: 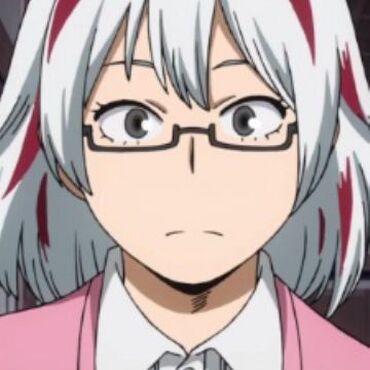 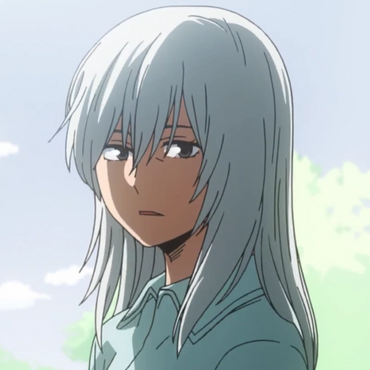 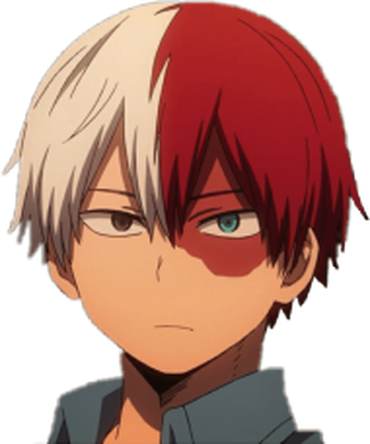 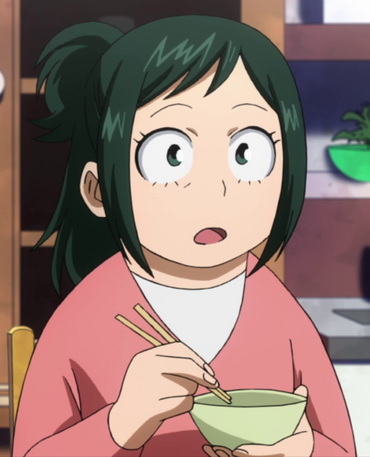 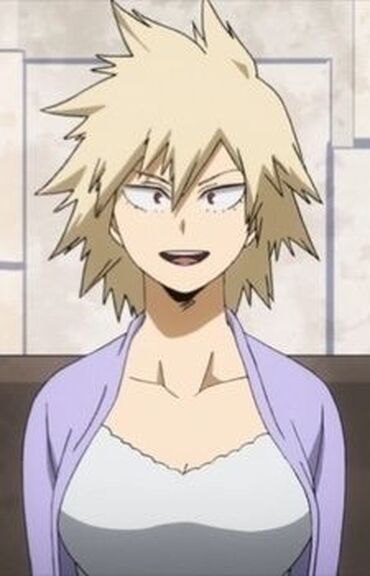 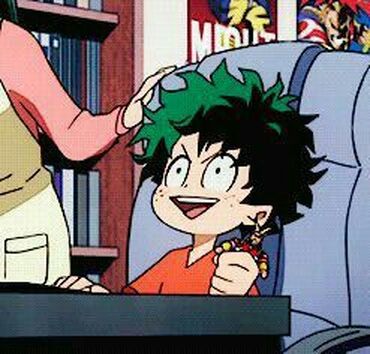 So is it just me or is anyone else thinking about a Rei Todoroki AMV or something with the song "I will survive" by Gloria Gaynor? I think it might fit her. 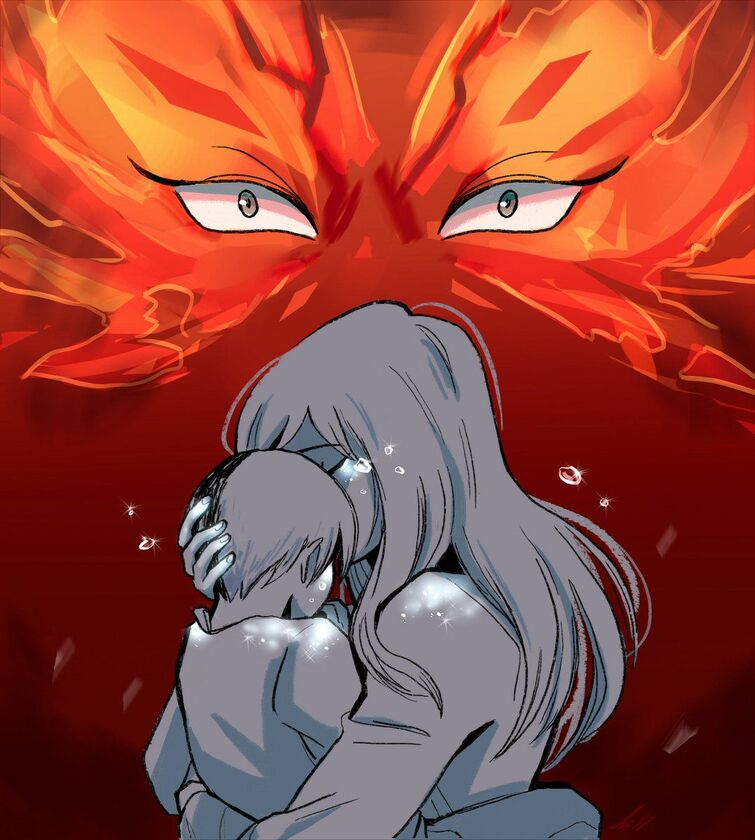 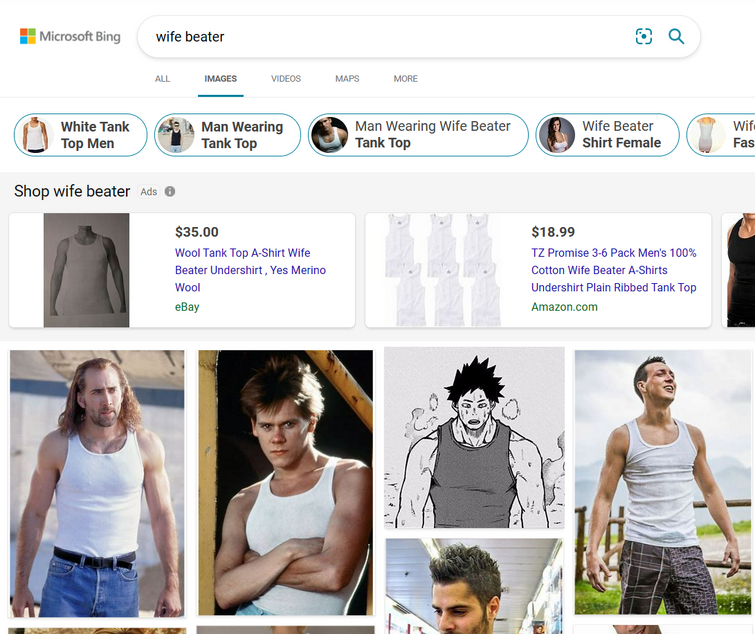 "There are three types of people in this world.

Those who blame themselves:

Those who blame everyone else: 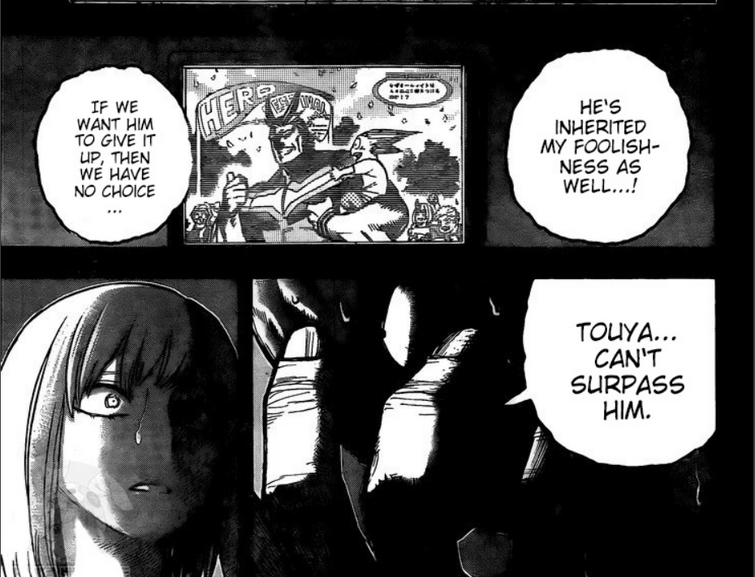 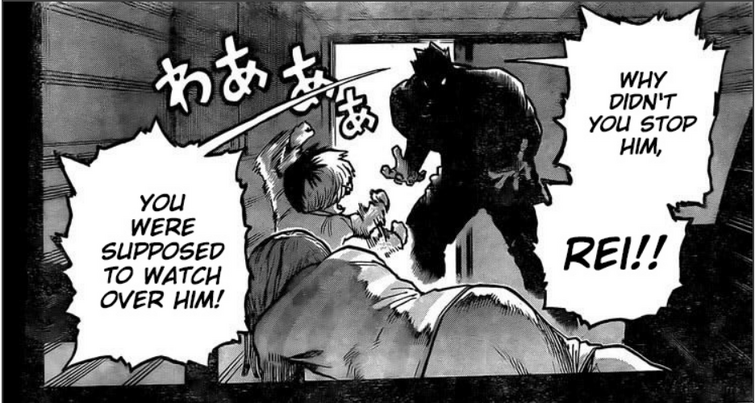 And those who know where the blame really lies: 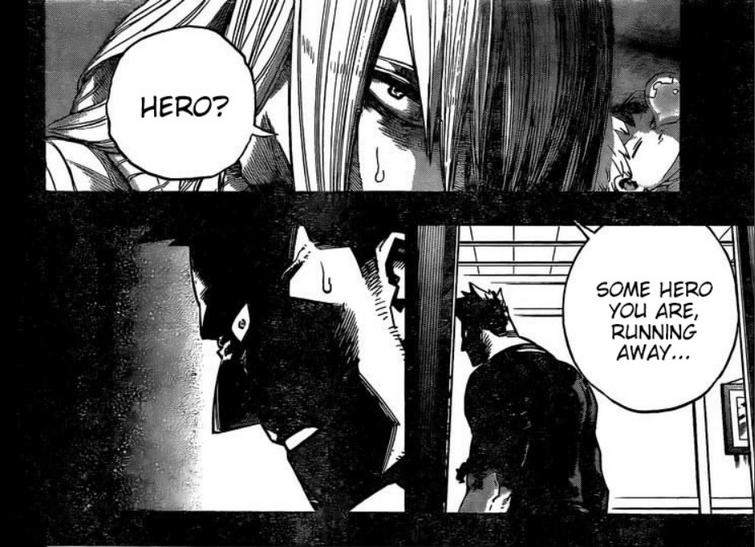 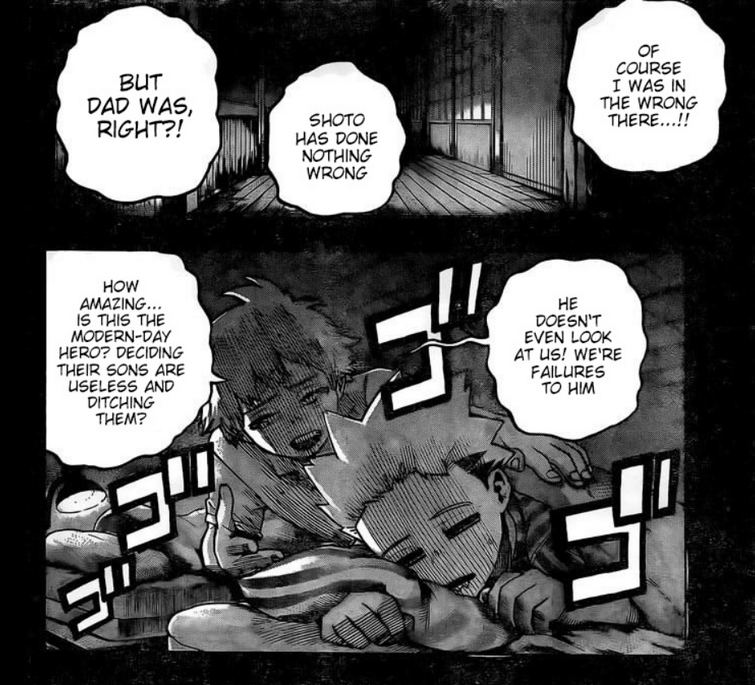 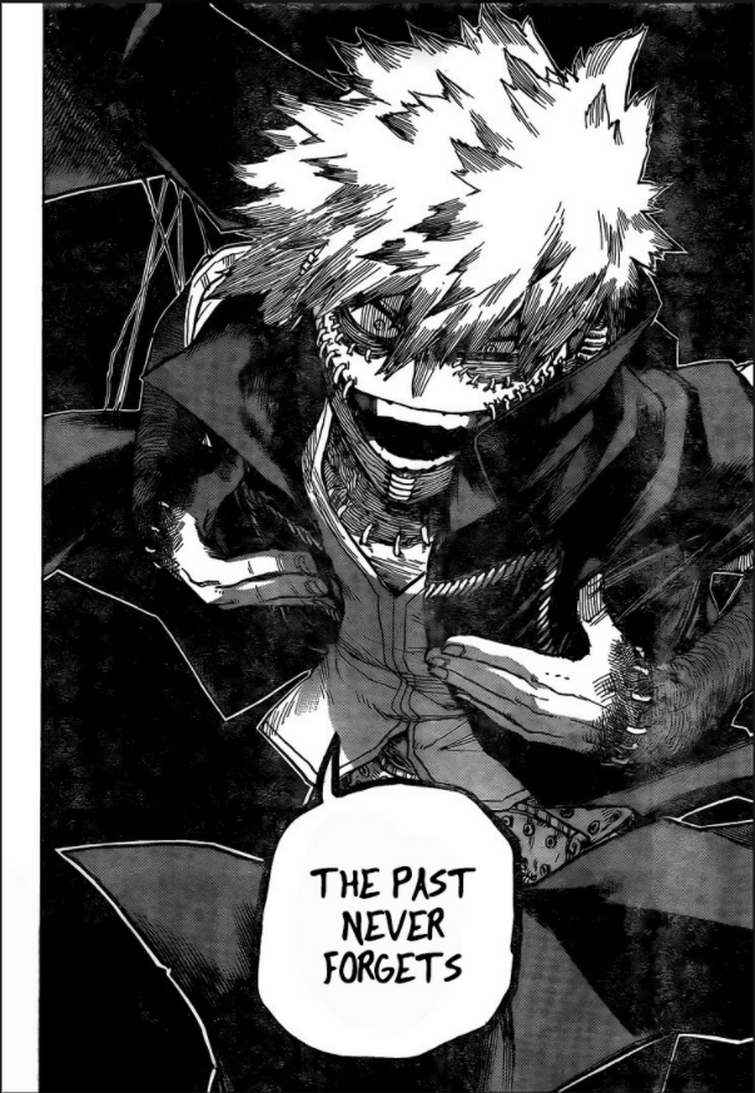 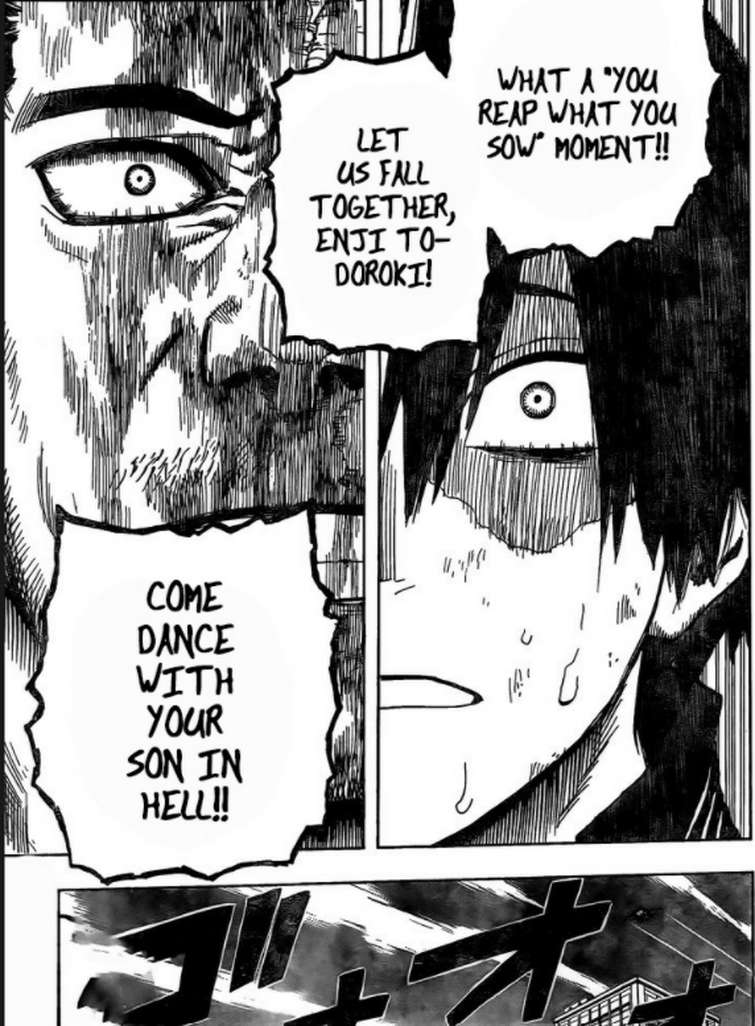 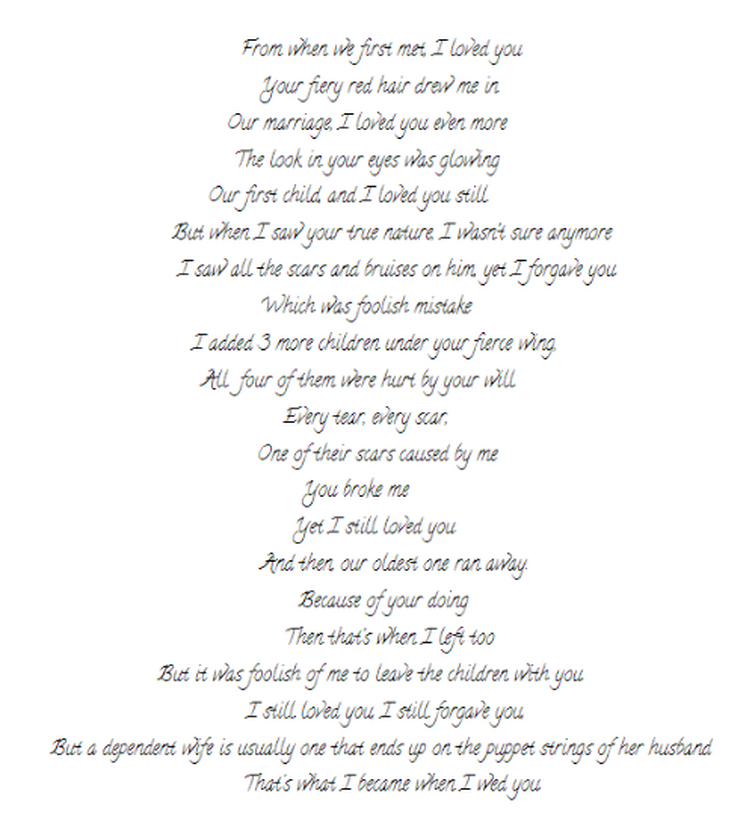 (Also, I only read the first chapters of the manga, so if what I'm saying isn't possible for something that happens there please you know why)

This theory doesn't make much sense because a friend of mine and me created it chatting randomly. Basically, we imagined that Fuyumi Todoroki never wanted to unite her family again because that was Toga. According to our theory, the LoV, led by Dabi, kidnapped Fuyumi and started stealing her blood so that Toga could turn into her and spy the Todoroki family (because of Endeavor and Shoto). The LoV's plan was to reunite the Todoroki family so they could drawn informations about them. Dabi could have taught Toga how to act like his sister and he could have been a little happy to have her at his place. He tried to reunite with Fuyumi, but she was extremely sad and disgusted by Dabi. She kept on asking him to kill her until one day he felt so bad for Fuyumi that he did. According to this, one day they'd finish Fuyumi's blood and the Todoroki family and the pro-heroes would discover everything.

We also thought of how would the characters react: probably all the Todoroki family would be ravaged by pain (Shoto because he didn't notice that his sister was acting weird and he had no chance to spend much time with her; Natsuo because he treated her badly because she wanted to reconcile with their father, even if that was Toga; Dabi because he kidnapped and killed her; Endeavor because she never saw him changing in a good way; Rei because she couldn't say goodbye to her only female child).

It's a bit long and full of angst, but if you want tell me what do you think! (Plus sorry for any mistakes, I'm not English mother tongue!)

This has been bugging me for a bit, so here’s what i have to say, Fuyumi has white hair for the most part but she does have bits of red hair, why is that? Is that because she has a very weak fire quirk? Or is that something that just happened and isn’t a big deal (like accessories or design enhancements for her character).

I know Endeavor said she only had ice but she’s a teacher and not a hero plus she never used her quirk in the series, had she been a hero there could be more emphasis on this. 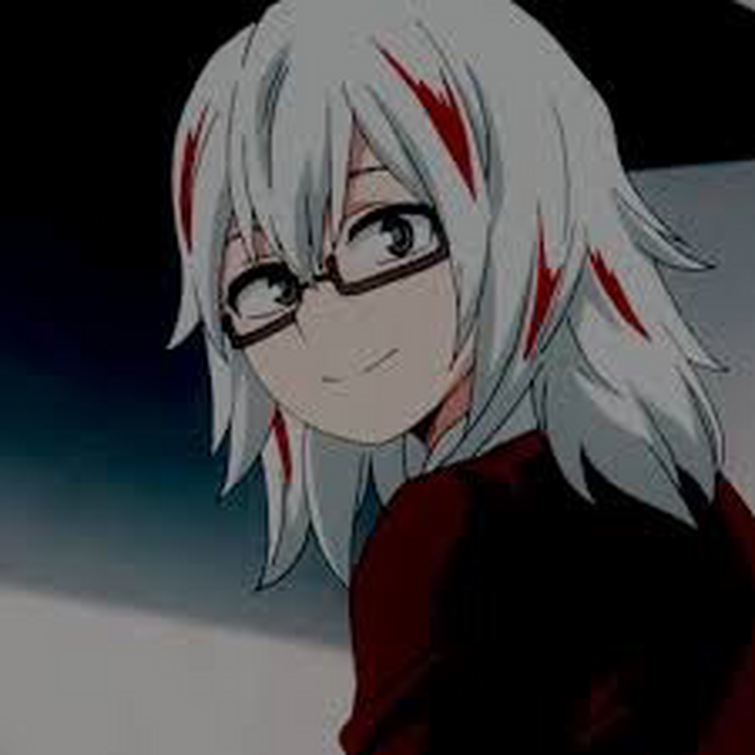 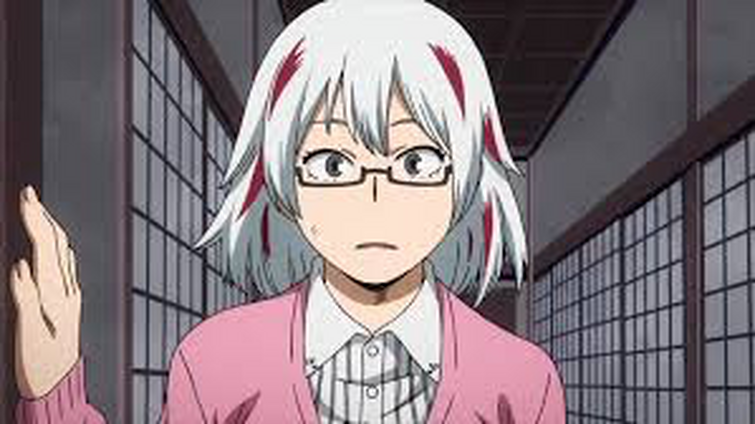 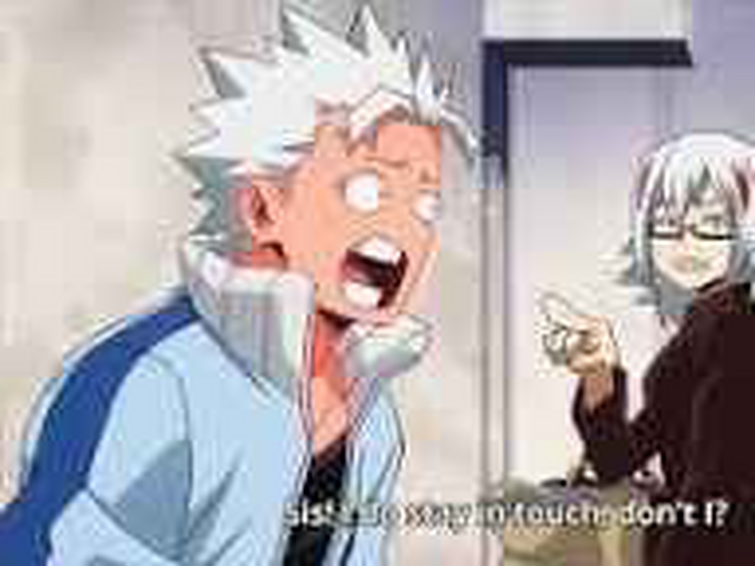 The hair and the quirk isn’t always related when we look at Touya (WARNING!!!! Don’t go to to Touya’s wiki profile it has major spoilers if you’re an anime watcher or a manga reader who hasn’t read the war arc yet) his hair started turning white even tho he has a fire quirk but Shoto literally has half white and half crimson red and half-hot half-cold so I could be wrong and the white hair does have some relation to Touyas ability (not saying why cause its a spoiler)

So I need some sort of answer as to why its like this.

Thanks for your attention any comment related to this would he appreciated.

Now i don't know if someone has already made a quirk for rei but i wanna give it a go, if you think its good please say so and if you have any thing to debate then I'm happy to but i don't want an argument.

So we know just how OP shoto's half hot and half cold is but for her quirk we need to bring down the power of the ice side as he is a next gen and with every next gen the quirks get stronger (proof of this is the first quirk was to just shine light and now we have quirks to be able to burn stuff to nothing but ashes) so Rei quirk would still be OP as to attract the attention for endeavour to breed her, we know that she has a OP ice quirk that for now will be unnamed and we know from dabi that he got a immunity aspect from his mother aka immunity to cold/ice but if shoto or rei over uses the ice quirk they get frost bite now because the immunity it hurts way less then a normal person without immunity getting frost bite, and frost bite can only be coursed by a quirk rather them over using there quirk or someone with an ice quirk freezing them.

So now onto the quirk i think it would be called

This would allow the use to generate ice like Todoroki just on a less powerful scale, but if she trained instead of marring then she would of 100% be stronger then endeavour and shoto because with her power she can get the h2o atoms in the air and freeze them to make them into ice and with the right training she could become immune to all cold related things, but a perfect matched quirk (a child with both parents quirk perfectly) is rare because the quirks both have to be very similar but not so similar that they merge into a steam quirk (when u burn ice it makes vaper) so i think it was like a ice shard quirk which shot shards of ice of with enough training could generate ice.

This is just like the rough out line of the quirk if you want to you can smooth it out into a better version i just ask for no hate.

*Spoilers for the Manga*

This is a hypothetical scenario, Toyua/Dabi never had the guts to commit crimes or join the league. After surviving on his own for serval years, one way or the other, Dabi's true identity is exposed. Now his family is aware he's alive, he has some awkward interaction with them.

What do you think Dabi would do with his life as a civilian? What career would he choose, being a hero or a regular job like his sister's teaching?

What do think his dynamics with his family would be? Enji, Rei, Shoto etc. He'd either move back into the home, visit or disown them entirely.

Endeavor and Dabi are very passionate and ambitious which makes sense for fire, Natsou and Rei are more withdrawn choosing instead to hide their emotions and they’re not particularly ambitious, which makes sense for ice. Shoto is a mixture of both which makes sense for his quirk. So why is Fuyumi, someone who is said to have inherited her mother’s quirk, just as passionate and ambitious as her father. This is one of a few cases that indicate that the quirk diagnosing process is flawed. Another is the case of All Might, no normal human (from our world) could survive losing half their stomach and still be able to function without dragging medical equipment around. With what we know about OFA, and its sub-quirks, All Might can not be quirkless, as he would need something to survive that. Edit: Corrected the spacing

Now that I have your attention, here are some points I have to make. Not headcannons, some points taken from the manga/anime, some future speculation/theories.

In conclusion, I have no idea what I’m doing. I just wanted to write about the Todoroki family. They are all in no place ‘a happy healthy family’ and there’s probably no hope for them to fix the broken bonds.