My Hero Academia Wiki
Start a Wiki
ALL POSTS
This post is locked.

Since the Special:Forums are gone this will be the first major discussion here. Should the wiki consider the Vigilante and Illgeal Series canon? My take on the matter is that as long as they don't contradict the main series we should consider them canon. For example, the way they address Stain's nose fits in with the main series and I think All Might mentions Vigilantes at some point (not entirely sure). For case precedence, the One Piece Wikia considers the Ace Novels canon even though Oda didn't write it, he just supervised it. Similar situation here. This is a commonly asked question and this is a big deal when it comes to the wiki's credibility. This post will be open to discussion for 2 weeks and will then be locked. In the meantime the articles being discussed should not be edited. Thank You

plus kishimoto said him self that boruto is cannon, horikoshi never said that illegals are connon.

Where's your source Kakarots? Unless anyone can provide a vaild source from Kohei Horikoshi, Hideyuki Furuhashi (Illgeals Author) or Court Betten (Illgeals Artist). We should consider the spin off canon until proven otherwise.

So if there is a discrepancy between the main series and Vigilantes, you'll go with whichever came out more recently?

Why? If Vigilantes is to be considered canon, then the differences should be treated as updates.

Besty, that's not how it works at all.

If we can't prove that Horikoshi is involved with Illegals, then we can't confirm it's canonicity. The whole point of "innocent until proven guilty" is that we have to assume that the person didn't do anything instead of having done something, and we have to give proof that the latter happened (this is why the burden of proof is in the prosecution). In this case, we have to assume Horikoshi is not involved instead of actually involved (which we would need to prove).

If we go by your logic, then we would have to give the same treatment to all games, light novels and spin-off material by default. They would be canon until proven otherwise. We'd be opening a nasty can of worms.

By the way, Kishimoto is indeed involved with Boruto, in a supervising role (otakukart.com/animeblog/2017/06/17/boruto-reveals-kishimoto/2). The article even points out how fans doubted about Boruto's canonicity, but then they went on to prove that it was canon by revealing Kishimoto's role.

King Cannon, where not talking about the cannon status of games and light novels.

There's more than enough evidence here to call the spin off cannon.

Are referring to his work on the K series? Because it looks like each project had one of the creators working with him. That's the sort of involvement/oversight missing from Vigilantes.

The author straight up encourages fans to read Vigilantes and even compliments the work in the Volume 15 extras. If it was non-canon he would have mentioned it 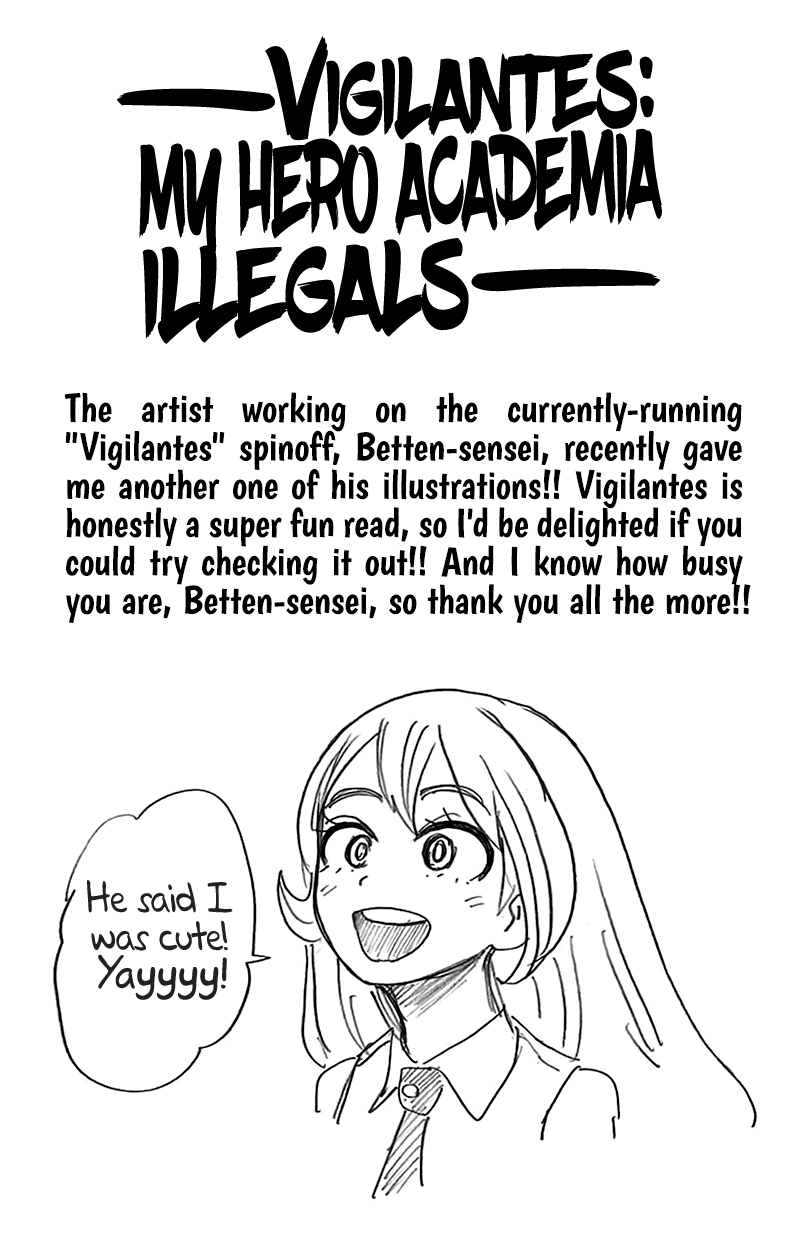